The Internet is abuzz with timeline postings alleging that Apple CEO Tim Cook has refused to comply with a court order to assist in an FBI investigation of the San Bernardino terrorist attack.  The court requested Apple to break into the iPhone of one of the shooters. Cook has called this order "an overreach by the U.S. government." 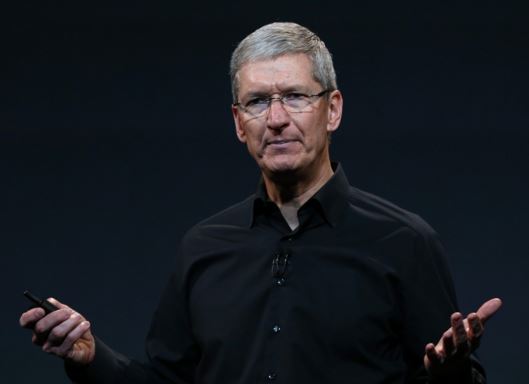 Tim Cook has refused to comply with the court order, according to a Feb. 16, 2016 article by CNN.

The article said, "A public letter, signed by Apple CEO Tim Cook and published Tuesday, warns that complying with the order would entail building "a backdoor to the iPhone" -- 'something we consider too dangerous to create.'"  The letter can be found on the Apple website.

The iPhone belonged to radical Islamist ISIS supporter Syed Farook, who along with  his wife, Tashfeen Malik, killed 14 people in the December 2016 shooting in San Bernardino, California. The U.S. Government and mainstream media still down play the attack and rarely call it what it was, a terrorist attack.  The couple were later killed by law enforcement in a shoot out.

Investigators found many items in the residence of the shooters, such as pipe bombs, that indicated they were planning to stage a terrorist attack in Southern California. Among the items found was an iPhone but investigators have "been unable to search the device as it had been locked with a user-generated numeric pass code."

U.S. attorney for the Central District of California, Eileen Decker, told reporters, "We have made a solemn commitment to the victims and their families that we will leave no stone unturned as we gather as much information and evidence as possible. These victims and families deserve nothing less."