Ford Brings Jobs Back To U.S. After Trump Elected

While on the campaign trail, Republican presidential candidate Donald Trump told the Automotive industry that if he's elected he would impose an import tariff on U.S. cars manufactured in foreign countries. One week after Trump wins the election there are reports that Ford moved production of F-650 and F-750 pick up trucks from Mexico to Ohio. 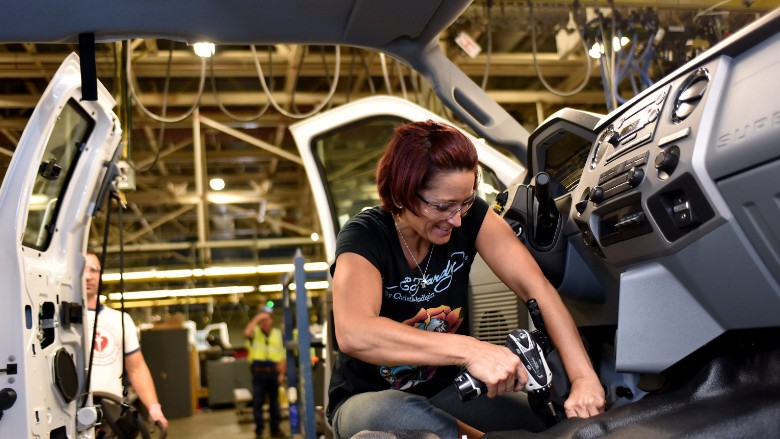 While on the campaign trail, Trump criticized "Ford's south-of-the-border strategy" and threatened car makers with a heavy import tariff if they did not bring jobs back to the United States. CNN said Trump asked the automobile makers, "How does that help us?" Trump concerned with Ford's investment in Mexico added, "Mexico is becoming the new China."

President Elect Donald Trump sent out a tweet to his followers that Ford notified him that they are not moving a plant from Kentucky to Mexico.