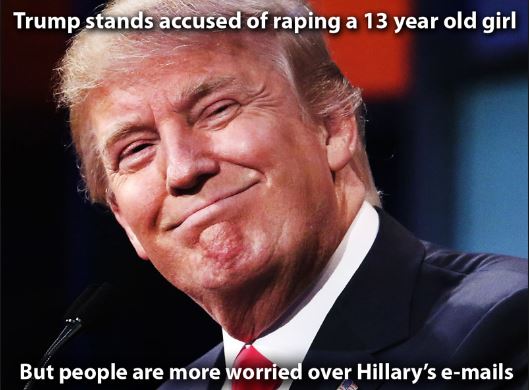 The allegations first surfaced in April 2016, but according to a Nov. 7, 2016  exclusive investigation by Britain's Daily Mail it was fabricated by someone with "two DUIs and a felony drug possession on her record and a history of drug abuse."

The Daily Mail said, "When the civil suit was initially filed last April, Trump's legal team branded the allegations 'disgusting at the highest level' and a 'hoax' clearly framed to 'solicit media attention or, perhaps... simply politically motivated'."  Six months after the filing of legal papers, "the civil lawsuit was dramatically dropped."

The article said that Clinton supporters quickly took to social media claiming "Katie Johnson" had been paid off.