Joe Biden Called for Jihad Against the U.S.

Former Vice President Joe Biden spoke to a group of Muslim American voters, pledging to end the travel restrictions, set by President Donald Trump on Mulims entering the U.S.  In his speech, Biden quoted a passage from the Koran, which Christian Apologist David Wood warned could be interpreted as a call for Jihad against the United States. 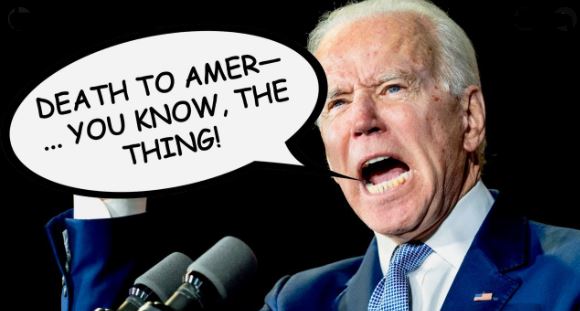 Former Vice President Joe Biden addressed a group of Muslims on July 20, 2020 at a livestream event sponsored by country's largest Muslim PAC Muslim, Emgage. This according to a July, 20, 2020 article by NPR, which said Biden spoke online to a virtual group of 3000 people about reversing the travel restrictions on Muslims set by the Trump Administration.

NPR said, "Biden, who also quoted a saying from the Prophet Muhammad, promised that if he's elected in November, he'll have Muslims in his administration and said he intends to work with Congress to pass hate crimes legislation."

All this raised the eyebrows of conspiracy theorists with two important questions which need to be answered:

1: Did Vice President Biden call for a Jihad against the United States?

According to Christian Apologist, David Wood, Vice President Biden did something very stupid or purposely called for a jihad against the United States.  In his YouTube video Wood explained what the passage from the Koran really meant. The iRumorMill saved the video on our server just incase YouTube decides to censor it:


2: Did Vice President Biden know that he was speaking at an event hosted by Emgage, an organization funded by George Soros which is accused of homophobic activism and defends Islamic terrorism?

According to an article by the Jewish Voice, "Emgage, which bills itself as the largest Muslim PAC in the country, on Thursday announced it would switch its endorsement from Sen. Bernie Sanders (I., Vt.) to Biden." The article described Emage as a group funded by George Soros, which cohosted "a conference that in recent years drew speakers who called homosexuality a “disease” and defended terrorist groups." The article said Emgage "announced its endorsement of Joe Biden for president."

The Jewish voice said, "Emgage has collaborated with a Muslim Brotherhood-affiliated group on events that in recent years attracted speakers who openly opposed LGBT rights and supported terror groups."

The iRumormill.com crew is looking into the allegations and will posting findings on this page when they develop.

Related findings posted on the iRumorMill.com: