Viral reports that WikiLeaks, the secret-sharing website, has gathered more than 30,000 Hillary Clinton emails that were released by the State Department through the Freedom of Information Act. 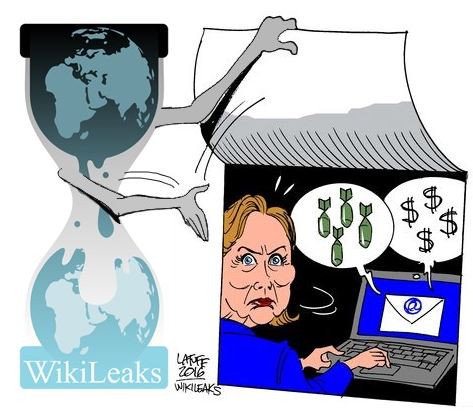 The reports are real and the emails can be searched on the WikiLeaks website at: https://wikileaks.org/clinton-emails/

Hillary Clinton served as U.S. Secretary of State from January 21, 2009 to February 1, 2013. Under her watch, two U.S. Consulate facilities in Benghazi were attacked by Islamic militants. This resulted in the death of the U.S. Ambassador to Libya, Christopher Stevens. Three other Americans were also killed during the incident, U.S. Foreign Service Information Management Officer Sean Smith, and two CIA contractors, Tyrone S. Woods and Glen Doherty. The attacks resulted in the injury of ten others.

Two years later Presidential candidate Hillary Clinton was dealing allegations that classified emailed communications about the incident were sent and received on her private email server. The State Department uses a government server with proper protocols to safeguard the top secret information.

The investigation continues as Hillary Clinton campaigns for the Democratic Party Presidential nomination.