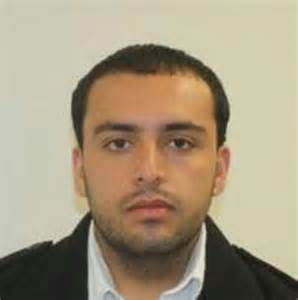 "The prime suspect in the New York and New Jersey bombings sued his local police force and claimed they were persecuting him for being a Muslim." This according to a Sept. 19, 2016 article by the U.K.'s Daily Mail.  The Daily Mail reported that Ahmad Rahami's lawsuit stated Elizabeth, New Jersey Police "subjected him and his family to discrimination and 'selective enforcement' based on their religion."

The article said Rahami, along with his father and brother filled the joint lawsuit in 2011 which revealed "that Ahmad has a long history of grievances with city officials, their local police force and people who lived close to them."