The media and critics of Donald Trump are now centered on a speech given by Melania Trump at the Republican National Convention. It was almost word for word for a speech giving by Michelle Obama and there are allegations of plagiarism. Those with the eyes and ears on the political movement are speculating the possibility of sabotage to the Trump campaign. 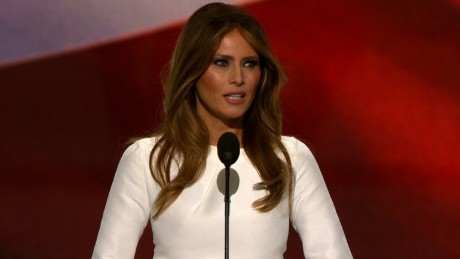 On July 18, 2016 the wife of the Republican Presidential Nominee, Melania Trump, stepped up to the podium at the Republican National Convention (RNC) and began talking about her husband's love for the U.S. and her background. About 2:40 into the speech she spoke on her core values, which fact finders later reported were almost word for word from a speech given by Michelle Obama in 2008 speech.

The Chicago Tribune wrote in a July 19, 2016 article, "Whoever wrote Melania Trump's speech pretty clearly looked at Michelle Obama's speech, changed a few words, and presented them as Melania's own. This is absolutely stunning incompetence. Probably."

Members of the Trump campaign were contacted by the press.

NBC news talked to a source within the Donald Trump 2016 campaign and said, "Melania has been humiliated. No doubt heads are going to roll."

NBC reported, "Top Trump aide Paul Manafort responded erratically to the news, framing the story as overblown, as unimportant to the candidate, and later as part of a partisan conspiracy targeting Mrs. Trump." Manafort denied any "cribbing" of the 2008 Michelle Obama's speech and said, "What she did is use words that are common words."

"Donald Trump's presidential campaign doesn't plan to fire anybody or to take disciplinary action over the controversy surrounding Melania Trump's plagiarism of Michelle Obama. This according to a July 19, 2016 article by CNN.

CNN posted a side by side comparison of the text of the speech: 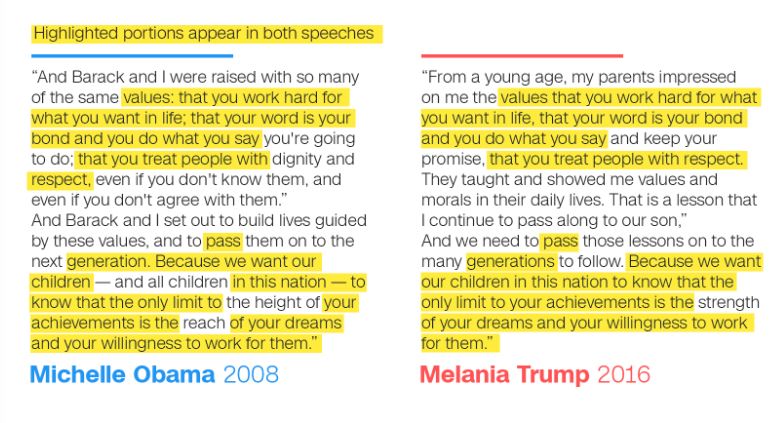 The iRumorMill Crew is looking still investigating this and and be posting any new findings on this page.

Trump Ball Caps Made in China