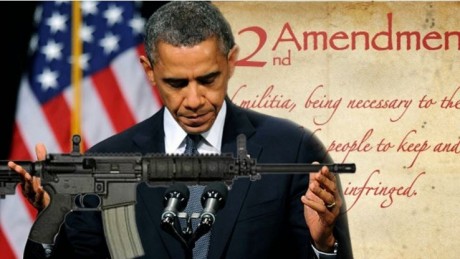 White House spokesman Josh Earnest told a group of reporters gathered at the White House's daily press briefing that, "President Obama thinks that gun control would help deter terrorists." This according to a Dec. 03, 2015 article by The Weekly Standard.

Fox reporter Peter Doocy asked the Press Secretary, "President Obama yesterday jumped to say that this mass shooting means it's time for commonsense gun laws. Does the President really think that common sense gun laws would deter terrorists now that he has admitted that these two may have been terrorists?"

Earnest responded, "Yes. The president believes that passing common sense gun laws that makes it harder for people with bad intentions to get guns, makes the country safer."

Less than 2 weeks after the briefing, on December 14, 2015, two radical Islamists, Syed Farook and Tashfeen Malik, opened fire on 36 people at an office holiday party where 14 people were killed and another 22 were injured.