On May 7, 1915 the Cunard Ocean Liner, R.M.S. Lusitania, was targeted and sunk by a German U-boat's last torpedo off the coast of Ireland on her return to Liverpool from New York. For over 100 years stories of passengers hearing two explosions before she sank have conspiracy theorists speculating that she was carrying American munitions to help Britain in the war effort. 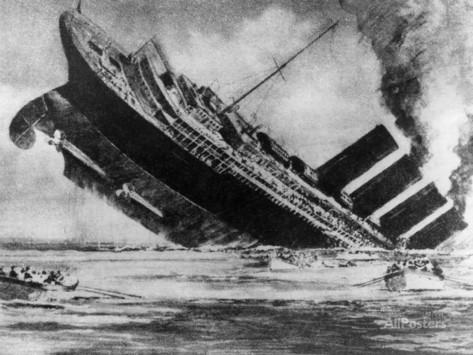 The May 7, 1915 sinking of the Royal Mail Steamship (RMS) Lusitania caused quite a diplomatic uproar and sparked the enter of the United States into World War I.  This according to a December 19, 2008 article by Britain's Daily Mail which said divers found munitions in the cargo hold suggesting "that the Germans had been right all along in claiming the ship was carrying war materials and was a legitimate military target." The tragic liner sank in 18 minutes, which led to the death of 1198 passengers and crew. 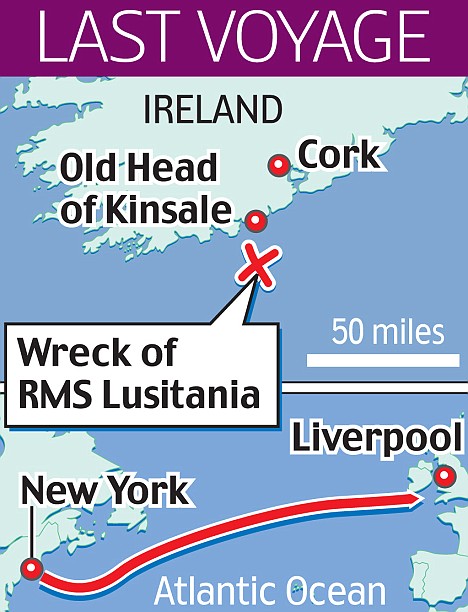 The Daily Mail said, "The diving team estimates that around four million rounds of U.S.-manufactured Remington .303 bullets lie in the Lusitania's hold at a depth of 300ft." This discovery opens a new perspective as to how the 787ft liner managed to sink in18 minutes from a single torpedo fired from the German U-20. "Some of the 764 survivors reported a second explosion which might have been munitions going off."

The torpedo hit near the area of the forward coal bunker, which after a round trip was empty but contained a large amount of highly combustible coal dust and air. If munitions were in the cargo hold just forward of that coal bunker they would easily have led to the second explosion after the the torpedo's explosion was intensified by the coal dust.

The Rothschilds, RMS Titanic, and the creation of the Federal Reserve

WWII German U-boat Sunk By a Dump on the Toilet

SS United States May Be Sold For Scrap