Reports of an online petition submitted to the White House to label Black Lives Matter as terrorists. 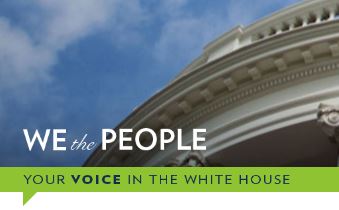 After a lengthy period of heightened racial tensions and violence throughout the country, " the White House responded this week to an online petition asking the federal government to formally label the Black Lives Matter movement as a 'terror group.'" This according to a July 17, 2016 article by CBS News.

The petition said that Black Lives Matter had "earned this title due to its actions in Ferguson, Baltimore, and even at a Bernie Sanders rally, as well as all over the United States and Canada."  The petition request that the Pentagon "recognize the group as such 'on the grounds of principle, integrity, morality, and safety.'"

Over 141,000 people signed the petition, which warranted a response from the White House, basically it was not job of the Obama Administration to label groups as "terrorist."

The response from the "We the People" group that runs the petition site fro the White House posted a response:

Obama: It is Easier for Teens to Buy a Glock Than Get a Book