Internet posts and forwarded emails have gone viral alleging that the LA times, Lou Dobbs of CNN, and Fox News reported surprising facts about Illegal Immigration in the state of California

iRumorMill.com Determination: Hoax - Unproven and Out of Date 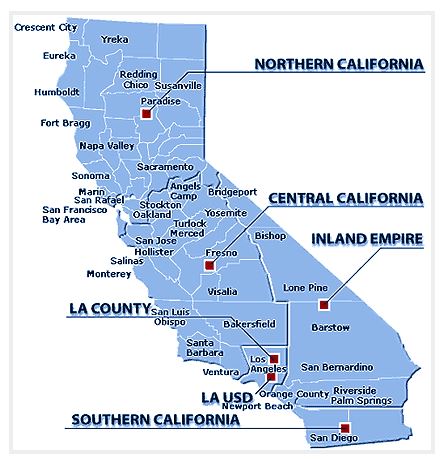 This is an iRumor that began in 2007 and refuses to die. For the most part the allegations are inaccurate, false and out of date.

When this iRumor came out in 2007 calls were made to the Los Angeles Times and they said that the newspaper never reported any such single story citing a list of statistics. They recently posted an official statement on the paper's blog site.

Lou Dobbs left CNN in 2009, according to an November 11, 2009 New York Times article. Dobbs made a surprise announcement to his audience that he was turning his resignation to CNN immediately and “some leaders in media, politics and business have been urging me to go beyond the role here at CNN and to engage in constructive problem solving as well as to contribute positively to the great understanding of the issues of our day.”

40% of all workers in L.A. County (L.A. County has 10.2 million people) are working for cash and not paying taxes. This is because they are predominantly illegal immigrants working without a green card. - Out of Date
The claims by the writer were done in 2007 but statistics from a 2009 Economic Roundtable for the city of Los Angeles cited the number of "informal workers" to closer to 24%. Another problem with such a statistic is that citizenship is not taken into consideration with "informal workers." Citizens and non-citizens alike could be working odd jobs for cash under the table.

75% of people on the most wanted list in Los Angeles are illegal aliens- Out of date and Unproven
The iRumorMill.com Crew went to the LAPD website as well as their Pinterest social media page and of the ten most wanted people on the list only one citizenship was given. The list changes so one can not really make such an allegation.

Over 70% of the United States annual population growth (and over 90% of California , Florida , and New York) is illegal aliens- Hoax and Out of Date
Less than 2% of illegal aliens are picking our crops, but 29% are on welfare- Hoax and Out of Date
Over 2/3 of all births in Los Angeles County are to illegal alien Mexicans on Medi-Cal, whose births were paid for by taxpayers- Inaccurate and Out of Date
According to a February 12, 2014 article by Kaiser, "Federal law generally bars illegal immigrants from being covered by Medicaid.  But a little-known part of the state-federal health insurance program for the poor has long paid about $2 billion a year for emergency treatment for a group of patients who, according to hospitals, mostly comprise illegal immigrants."  The article said that the funding is less than 1% of the cost of Medicaid and has been around since the late 1980's.

According to a January 19, 2011 article by Fox News, Los Angeles county shelled out more than $600 million in welfare benefits for the children of illegal immigrants in 2010.

An up to date statistic for the city or county of Los Angeles has yet to be found posted but we do have a general idea on the bigger picture. According to the Center for Immigration Studies, "Every year, 300,000 to 400,000 children are born to illegal immigrants in the United States." Taking the highest estimate of 400,000 and dividing that by 316,100,000 for the population of the United States we come up with a number of less than 2%.

Nearly 25% of all inmates in California detention centers are Mexican nationals here illegally- Hoax and Out of Date
Illegal aliens do not just come from Mexico so to single Mexicans here would be totally wrong. According to an April 1, 2006 CNN Transcript from the Lou Dobbs program the number was actually higher.  CNN Correspondent Christine Romans said, " According to the Federal Bureau of Prisons, 30 percent of federal prisoners are not U.S. citizens. At a cost of $63 a day, taxpayers spend more than $3 million every day to house non-U.S. citizen dollars in our federal prisons. Most are thought to be illegal aliens."   The term "non citizens" may not necessarily mean illegal aliens.

We could not find any local Los Angeles numbers but were were able to get some idea on the national level.
According to a 2013 report by the National Gang Intelligence Center, the percentage of illegal immigrants in gangs could be considerably higher.  The report said, "Immigration violations also present a significant challenge to law enforcement in the region. In many cases, gang members who commit criminal activity in the region are not US citizens nor lawful permanent residents. Once deported, gang members attempt to reenter the United States illegally in order to rejoin the gang and engage in criminal activity." The report went on to say, "CBP survey respondents indicate in some southwest border sectors, the percentage of non-US citizen gang members was as high as 80 percent."

According to a 2011 Assessment on The Continuing Gang Threat by the FBI, "[there] are an estimated 1.4 million active street, prison, and outlaw motorcycle gang members in more than 33,000 gangs operating in all 50 states, the District of Columbia, and Puerto Rico."

If we get any updated statistics the iRumorMill Crew will post them here.