Reports of a tweet from Apollo 11 Astronaut Buzz Aldrin confessing that his moon landing was staged.

Buzz Aldrin sent no such tweet. The source of the iRumor was an article posted on the satire website Huzlers.com. It should not be taken seriously. 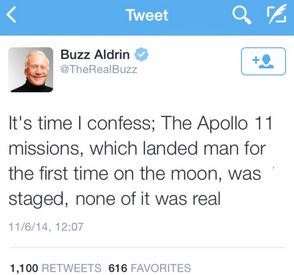 The iRumorMill.com crew checked the Twitter feed of the Apollo Astronaut and there was no "confession." 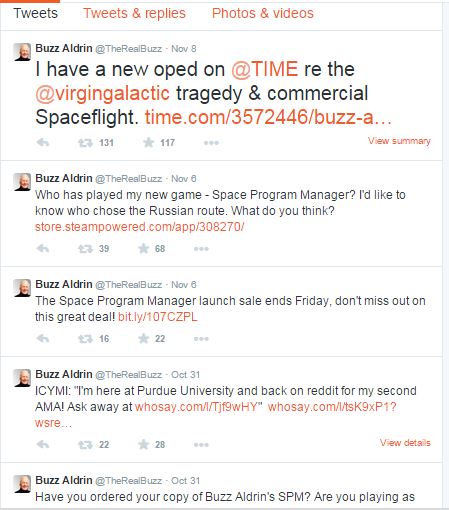 Conspiracy theories about the Apollo moon landing have been orbiting the planet for decades. Most home telescopes from earth just do not have the power to capture a precise image of the landing site where equipment and the bottom portion of the Lunar Lander were left behind.   Until an independent man or woman can actually step foot on the moon in the Sea of Tranquility where the Eagle touched down and examine the evidence, the conspiracy theories will continue to to fly.

The iRumorMill.com has more posted on this conspiracy theory. Click here for findings.