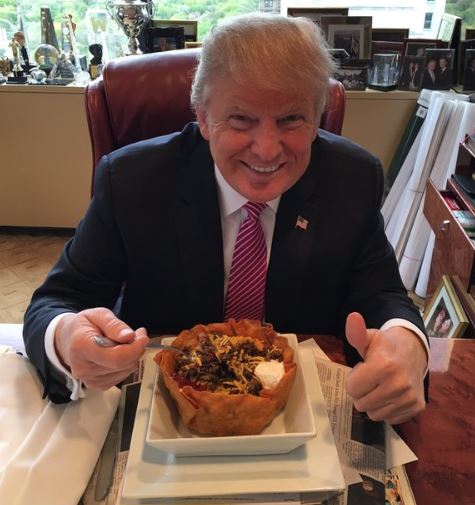 The social media post was also found on Trump's Facebook timeline and the responses were not approving.  One follower asked if the taco bowl could be president.

Andrea Mucino added a comment to the feed: "Too bad a taco bowl isn't [M]exican, the Trump Tower Grill isn't either, you're not eating taco bowls from New York because you're in WV today, Cinco De Mayo isn't a [H]ispanic holiday it's a [M]exican one, and you are the same color as the taco bowl shell. But I digress!"

Ken Marcelle wrote, "Are you serious? Where was your watermelon and chicken for black history month? I feel slighted. smh This dude. Hispanics?"